Forbes asks “Did MLB Overpay By Spending $1.2 Million For Rockies.com?”

An article by Financial News website Forbes.com ask the question “Did MLB Overpay By Spending $1.2 Million For Rockies.com?”

My thoughts are NO!

Owning Rockies.com is going to pay big dividends for the team and MLB… Look at The Dallas Cowboys who lost out on Cowboys.com and the Brooklyn Nets also not owning Nets.com both of these stories I covered some time ago on RobbiesBlog.com

It’s great seeing Sedo.com being quoted also “By purchasing Rockies.com, MLB does not have to dedicate as much money for search engine marketing and search engine optimization. There is a strong likelihood that MLB will get significant value that justifies the purchase.”

Here is the full story below…

“All it took was $1.2 million dollars for Major League Baseball (MLB) to purchase the domain name Rockies.com, a URL that was formerly owned by the Canadian tourism portal Tourism Canadian Rockies.  The Colorado Rockies, an MLB team since 1993, has always had a home in Denver, Colorado, but frustrated many web surfers when its home on the Internet was not as easily ascertainable.  That will all change with the MLB’s purchase of Rockies.com

The ownership of a professional sports franchise’s name as a URL is a very valuable commodity that is often squandered.  For instance, the Brooklyn Nets does not own the website Nets.com and Cowboys.com is not an owned property of the Dallas Cowboys.  In October 2012, I reported that the current owner of Nets.com has asked for $5 million in exchange for a transfer of the domain to the Brooklyn Nets, which is a number that Nets management will not consider.  For $1.2 million, the price that MLB paid for Rockies.com, the NBA and the Nets may have to reconsider. 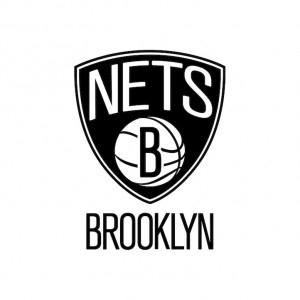 The Brooklyn Nets Are Not Found At Nets.com, But They Should Be!

But at least one authority believes that purchases like the $1.2 million for Rockies.com could be a thing of the past when leagues are no longer forced to rely on .COM domain names and can instead use their own domain extensions like .BASEBALL to make it easier for fans to access MLB affiliated websites and allow the clubs and league to truly own their brands/marks.

”It is definitely going to be a changing Internet landscape once gTLDs are introduced,” said Jeremiah Johnston, General Counsel for the domain marketplace, Sedo.com.  ”If you have a great generic like .BASEBALL available, there will be a lot of value because consumers will know what they are getting when they travel there.  A lot of the extensions that have been applied for are mixed between open (once open, the public can get it when available) and sponsored extensions, which is more like .MLB – managed by a group that meets certain requirements.  We already see that minimum requirement standard with .EDU and .GOV.”

The internet’s governing body, the Internet Corporation for Assigned Names and Numbers (ICANN), has been making steady progress towards the introduction of new generic top-level domains (gTLDs), with an anticipated launch date of summer 2013.  There will be a projected 1,000 new gTLD extensions available in the first year of the roll out, and recently, ICANN held a “prioritization draw” to put some order around which gTLDs will be released and when.  However, Johnston said that talk of gTLDs has existed for roughly 10 years and there is still a lot of litigation that needs to be resolved before any gTLDs see the light of day.  Based on that, Johnson believes that MLB can easily justify its purchase of Rockies.com.  He explained, “By purchasing Rockies.com, MLB does not have to dedicate as much money for search engine marketing and search engine optimization. There is a strong likelihood that MLB will get significant value that justifies the purchase.”

As of right now, ICANN has placed the .BASEBALL gTLD “under review”; however, some estimate that it will be amongst the first batch of gTLDs to be available once the new extensions are on the market.  Two limited liability companies have filed applications to use the .BASEBALL gTLD – MLB Advanced Media DH, LLC (an arm of Major League Baseball) and Silver Pass, LLC.  Silver Pass is associated with Donuts Inc., a domain namespace expansion company that has applied for hundreds of gTLD domain names and has raised more than $100 million in venture and private equity funding.

On the surface, it would appear that MLB should easily be granted the .BASEBALL gTLD over Silver Pass, but Johnston is not so sure.  ”I think the people behind Donuts Inc. intend to make a lot of these extensions available to the public,” said Johnston.  ”For instance, I would be able to purchase Jeremiah.BASEBALL under Silver Pass’ plan.  However, MLB would want .BASEBALL to be closed, particularly to its member clubs.  ICANN is looking at the public interest and people are able to file complaints based on public interest.  ICANN may very well give [.BASEBALL] to the company willing to open it up to the public.”

Darren Heitner is an attorney at Wolfe Law Miami, P.A. in Miami, Florida, Founder of Sports Agent Blog, and Professor of Sport Agency Management at Indiana University.  Follow him at @DarrenHeitner and learn more about him at http://www.darrenheitner.com.”

What price do you think Rockies.com should have been sold for?

1 thought on “Forbes asks “Did MLB Overpay By Spending $1.2 Million For Rockies.com?””