Tim Kuik, head of the Hollywood-backed anti-piracy outfit BREIN, has won a WIPO domain name dispute against a Pirate Bay proxy service. The domain timkuik.org was operating its proxy from the address fuck.timkuik.org which according to the decision infringed on a trademark held by the anti-piracy boss. The operator of the Pirate Bay proxy argued that BREIN stalked him and that the site was meant to critique the group, but WIPO says this doesn’t trump the trademark infringement. 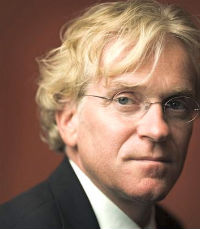 After several Dutch ISPs were ordered to censor The Pirate Bay earlier this year there was an influx of visitors to Pirate Bay proxy sites.

In response Dutch anti-piracy group BREIN has been working hard to take these proxies offline. The group obtained injunctions against several sites and used these to convince others to shut down.

In some cases, however, BREIN had to be a bit more creative. The recent shutdown of the Pirate Bay proxy hosted on fuck.timkuik.org is a good example.

The proxy was operating from the timkuik.org domain, named after BREIN’s head Tim Kuik. Since Kuik holds the trademark to his name since 2011 he was able to file a domain name dispute at WIPO, and with success.

Kuik argued that timkuik.org was registered for the sole purpose to make The Pirate Bay website available via the subdomain fuck.timkuik.org. In his complaint BREIN’s boss explained that the proxy was allowing Dutch Internet users to bypass the court ordered blockade, while using his trademarked name.

For his part the original registrant of the domain argued that the site was meant to critique the actions of Tim Kuik and BREIN. He informed WIPO that he was a victim ihmself, as BREIN stalked him and disclosed his personal details to the public.

“The Respondent uses the disputed domain name for different projects, including a platform for victims of the Complainant and BREIN. The Respondent considers himself a victim of BREIN as BREIN is stalking the Respondent and disclosing to the public full personal details of the Respondent,” WIPO explains.

As a result of BREIN’s actions the operator of the proxy said he was experiencing social problems and serious sleeping disorders.

The proxy operator further argued that the disputed domain name was registered as a matter of free speech for people who believe they are victims of Tim Kuik and/or BREIN. Because of people’s right to criticize, he argued that he had a legitimate interest in the domain.

However, according to the WIPO arbitration panel the right to criticize doesn’t trump the trademark issues involved.

“The right to criticize does not necessarily extend to registering and using a domain name that is identical to the complainant’s trademark, where a respondent is using the trademark alone as the domain name,” the WIPO panel writes.

As a result, the domain name timkuik.org was handed over to Tim Kuik, effectively shutting down the Pirate Bay proxy.

With the WIPO decision BREIN can chalk up another victory against The Pirate Bay, but there is still a long way to go as many other proxies remain active, including the redirection service FuckTimKuik.org.